Back to the login

Things to know about Cran Canaria

Gran Canaria, probably the best known island of the Canary Islands with its 14 small climatic zones, offers an extraordinary variety of landscapes and an extremely pleasant climate.

Below we would like to give you an overview of the island of Gran Canaria with all the important sights, possible sports activities, events and other interesting facts. The team of Canary Islands 24 has summarized the most important facts about the island of Gran Canaria, so that you can enjoy your holiday on the beautiful Canary Island from the first day to the fullest.

The island of Gran Canaria is located in the Atlantic Ocean and between the island of Fuerteventura to the east and Tenerife to the west. It is the third largest island of the Canary Islands and about 210 km from the West African coast at the height of southern Morocco.

Gran Canaria has a round shape and a diameter of about 50 km with a beautiful coastline that stretches for 236 km. Among the 21 villages and towns, the capital Las Palmas is located in the north of the Canary Island. Due to its 14 small climatic zones and the extraordinary diversity of its landscape, fauna and flora, the island of volcanic origin is often called a mini-continent.

From the centre of the island, the so-called barrancos (dry valleys) lead to the coast, which turn into torrents during extensive, but extremely rare, downpours. These dry valleys are a true paradise for hiking.

Gran Canaria's year-round mild climate is popular with tourists in both summer and winter. The maximum temperatures usually oscillate between 20 and 26 degrees, while the water temperatures, on the other hand, are constant between 19 and 23 degrees.

We would like to make special mention of the different types of vegetation that can be found on the island of Gran Canaria. In the humid north you will find mostly laurel forests, formed by Canary laurel and tree heath, as well as the well-known Canary bellflower. In the desert-like south of the island, on the other hand, you will discover shrubby plants, as well as prickly pears and the Canary Island spurge.

In the high mountain regions of Gran Canaria - the highest mountain in the centre of the island is the "Pico de las Nieves" with its 1,949 metres - pine forests dominate, such as the Canary Island pine. Likewise, dragon trees, subtropical plants and many palm trees mingle with the varied nature of Gran Canaria.

Also history lovers do not come short on the island of Gran Canaria. Native inhabitants of the Canary Island were the Guanches, who lived partly in caves or in small round stone houses. Some ruins can still be visited. Already at the beginning of the 15th century Gran Canaria was conquered by the Spaniards and has been Spanish territory since then. In 1982 the Canary Islands were declared an autonomous region and have been a member of the EU since 1992. 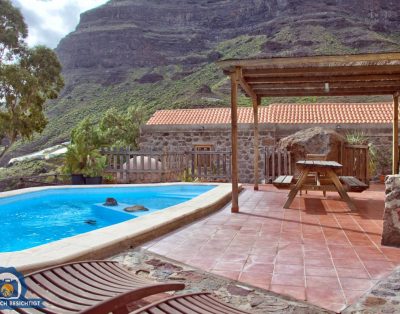 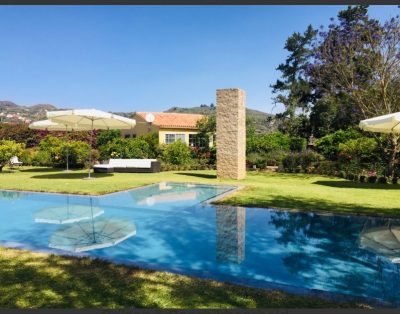 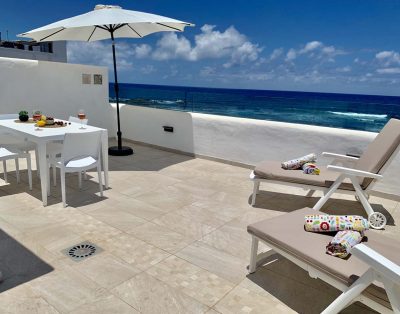 Find and book a rental car in Gran Canaria now.

Below you will find an overview with a selection of cities in Gran Canaria that you should not miss on a holiday on the island. Find details and facts about each city with a corresponding selection of holiday accommodation.
Read more

For anyone who wants to enjoy the sun, beach and sea - regardless of the seasons - a holiday in Gran Canaria is ideal. Gran Canaria is the third largest island of the Canary Islands and a very popular holiday destination.
Read more

With the numerous attractions and sights that Gran Canaria has to offer, it is almost impossible to list everything. Here is a list of the ten must-have places that you should not miss on your next holiday in Gran Canaria.
Read more

You are a gourmet and like to try the traditional dishes of other cultures? Then a holiday to Gran Canaria is worthwhile. "Papas arrugadas" is probably the most famous and traditional specialty. But there are many more. Find out which ones here.
Read more

The nature on Gran Canaria presents itself with many different landscapes, each with its own flora and fauna. We would like to give you a picture of the beautiful and absolutely unique nature of the island of Gran Canaria.
Read more

When is the best time to visit Gran Canaria?

Since the sun shines virtually all year round in Gran Canaria, the best time for a holiday on the island depends on your needs. The high season on Gran Canaria starts at the end of November and ends in February. At this time, many holidaymakers escape the cold weather in Germany and spend the winter on the sunny island at an average of 20°C.

Prices also increase once again during school holiday periods due to higher demand. At this time, prices for accommodation are significantly higher than in the low season.

Below we would like to show you time periods for a Gran Canaria holiday depending on the activity:

What is a must see in Gran Canaria?

Always worth a visit in Gran Canaria is its capital Las Palmas with its market hall and the port. Furthermore, there is the 3.5 km long city beach "Playa de Las Canteras", which extends from the Alfred Kraus Auditorium along the lively promenade Paseo de Las Canteras.

You should also have seen the town of Puerto de Mogan, which is also called "little Venice" because of its many canals.

An absolute landmark of the island are the dunes in Maspalomas. The 400 hectares covered by the dunes extend into the water on the beach and reach heights of up to 10 meters.

For all hiking enthusiasts and nature lovers, a visit to Roque Nublo and Roque Bentayga is a must. The two mountains are located in the heart of the island.

Where can you go for a beach holiday in Gran Canaria?

With more than 236km of coastline, of which 60km are sandy, Gran Canaria offers a variety of beautiful beaches. If you want to spend a beach holiday in Gran Canaria, the long and golden beaches in the south and east are just right.

Due to the annual average temperature of more than 20°C, a beach holiday is possible almost all year round.

What is the cost of food in Gran Canaria?

The Canary Islands and therefore also Gran Canaria are a free trade zone. This allows you to shop on the island significantly cheaper than you know it from Germany or on the Spanish mainland.

When it comes to shopping, you should avoid the tourist areas, because there the prices are often very overpriced. Here a price comparison is worthwhile.

The weekly markets and the wholesale market in Las Palmas offer a special shopping experience at reasonable prices.

Back to the login